Diamonds have had their time under the microscope. Then came conflict jade and the horrors of illicit gold mines. But, the extension of this awareness does not spread to other precious stones, like rubies. International jewelers, auction houses, and retailers thrive off the myth that rubies are different. They are not.

Findings released in a December 2021 article by Global Witness outline the corruption at the heart of Myanmar’s ruby industry. As one of the top suppliers of rubies globally, they argue that there is no such thing as an ethically sourced Burmese ruby. It is a corrupt military racket, led by Min Aung Hlaing (the country’s top general) and powerful armed groups.

Rubies are a symbol of love and luxury, yet the reality of rubies sourced from Myanmar couldn’t be any more different. The revenue sourced from this lucrative trade has further empowered the Myanmar military, enabling them to bankroll atrocities like the coup of February 2021 which overthrew the elected government. Since this coup, mined rubies have boomed exponentially, despite being officially illegal. 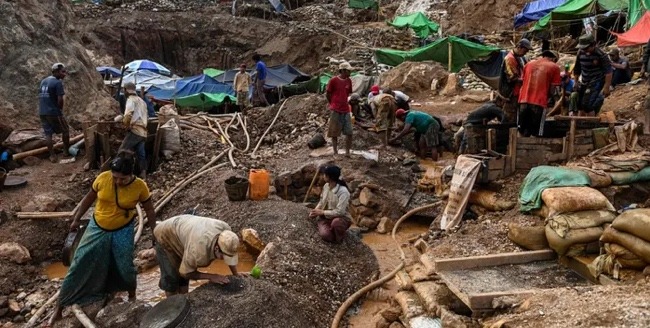 The funds acquired by the unelected military powers are channeled into corrupt projects and support atrocities against the people of Myanmar. Since the coup in February, more than 1,200 civilians have been brutally murdered by the army. As they work in illegitimate conditions, the tens of thousands of civilians working for these ruby mines are exploited too.

Unlike other precious stones that require documentation to prove the ethicality of their production, rubies have slipped under the radar. Conflict rubies mined in Myanmar through military-led operations make their way into multi-billion-dollar gemstone markets globally, including Bangkok, Hong Kong, New York, and London. They have been traced to luxury brands like Graff, Van Cleef & Arpels, and Pragnell, as well as mass-market retailers Walmart and Intercolor. 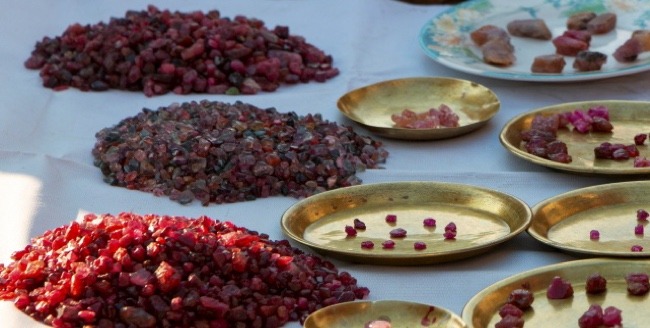 Proving the roots of these precious stones is nearly impossible. But, many well-meaning people across the U.S. are inadvertently supporting atrocities in Myanmar by purchasing their blood rubies. Due to the lack of due diligence regulations, international businesses are free to use these rubies without informing the consumer.

What Can I Do?

Keep this in mind next time you’re browsing ruby jewels, and keep your hands clean of the blood of innocent civilians by avoiding the Myanmar ruby market. Don’t support an illegitimate military rule, as the leader faces allegations of crimes against humanity which include genocide against innocent civilians. If you can’t verify the origin of a ruby, don’t buy it. Fortunately, there is a way to acquire rubies without participating in a violent industry – there is an ethical solution. 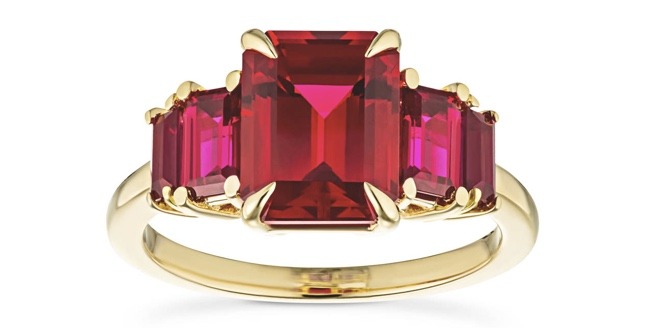 MiaDonna creates jewelry with Lab Grown Rubies that are chemically, optically, and physically identical to their Earth-Mined counterparts. The only difference? They are legitimate and do not support illicit mining networks that support human rights abuses. Plus, every purchase supports our foundation, The Greener Diamond, which restores the lives and land destroyed by the mining industry.

The Truth About the Kimberley Process Exposed

Many traditional jewelers claim total diamond origin transparency, some hiding behind the Kimberley Process. Here's what they don't tell you.

Millions of dollars have went into marketing the benefits of 'natural' earth mined diamonds. Here's what most jewelers won't tell you...
Trustpilot