“In America, it’s bling bling, but out here it’s bling bang.” If you’ve seen Blood Diamond you’ll recognize this quote by diamond smuggler Danny, played by Leonardo Dicaprio- he’s referring to the mined diamond industry of course. Set in Sierra Leone during the civil war of 1991, the movie made the public aware of conflict diamonds- the truth was our adored sparkly gems were actually being used to fund wars in Africa! The diamond industry was forced to switch gears and market themselves as conflict-free, and with the help of the Kimberley Process Certification Scheme (KPCS), they were able to keep consumers feeling good about buying the sought-after gems. What the Kimberly Process didn’t do was address blood diamonds- yes, they are a different thing entirely! If you search for either blood or conflict diamonds on the web you will notice they are used interchangeably. Well, we are here to help you learn the difference! 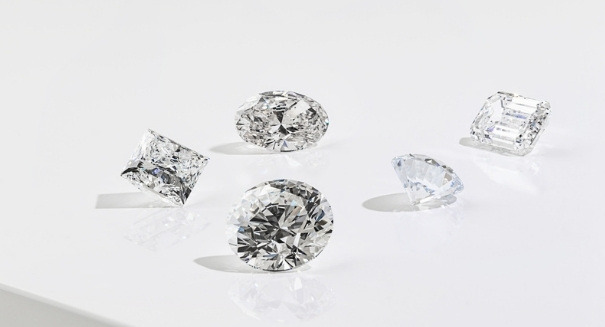 The problem is that having the Kimberley Process certification doesn’t ensure your diamond is ethical by any means. Even if you do end up with a certified “conflict-free” diamond, the likelihood that someone was raped, murdered, or enslaved for you to wear it is still very likely the case. The Kimberley Process definition of a conflict-diamond is far too narrow- a “rough diamond mined in an area controlled by insurgent forces whose sale is used to finance anti-government military action.” This doesn’t take into account any of the human abuse involved in mining diamonds! Furthermore, conflict earth-mined diamonds are often smuggled and mixed in with batches of conflict-free diamonds and their origin is lost in the process. In the Central African Republic alone, experts from the United Nations estimate that after diamonds from the area were banned, $28 million worth were smuggled out of the country and made their way into the hands of unsuspecting consumers.

Stanford University’s Stephen Press explained: “Most diamonds cannot reliably be traced to their origin. Moreover, they can be cut, reshaped, or reclassified in registers in order to obscure their origins, whether illicit or licit. Consumers broadly don’t appreciate the extent to which this is possible. Smugglers and governments have methods to get around detection.” In the end, earth-mined diamonds can change hands as many as ten times before diamond cutters polish them for final sale. If you’ve ever played the game telephone then you know that after a few people, the original message is lost. In this case, the origin of the diamond is lost- you can never be sure your diamond is actually conflict-free. And if you can’t be sure of that then you also can’t be sure you aren’t purchasing a blood diamond! 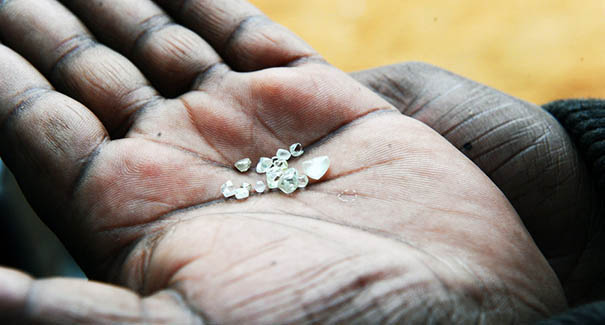 Being conflict-free does not take into account the harm done to the children and adults in mining communities that are forced to work, threatened with violence, and unable to pursue other sustainable means of income. Many children are sent to the mines instead of school to support their families, only making $1-3 a day! Mining for diamonds is backbreaking work and child abuse, and that skates through the Kimberley Process because the proceeds from that diamond sale didn't go to fund a local warlord.

While a diamond may be certified conflict-free by the Kimberley Process, blood diamonds are still circulating in today’smarket. In May of 2021, Petra Diamonds, one of the largest diamond mining companies in the world, had to pay damages of “$5.97 million to Tanzanian miners who suffered human rights abuses, including being shot, beaten, stabbed, detained in filthy cells and handcuffed to hospital beds.” Do you want to risk wearing a mined diamond knowing that the origin could have a cruel and vicious history? 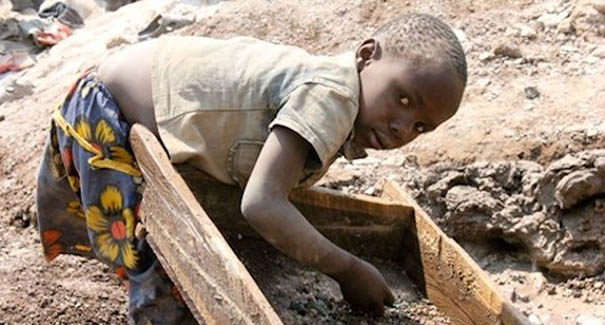 But diamonds are not the only problem. The conditions for mining gold are equally abhorrent. Approximately $2 billion in gold is produced in the Democratic Republic of Congo annually, coming from the country’s 1,500 gold mines. Shockingly, only 106 have been certified to not use forced labor. Rape is also rampant in this country where it’s estimated 1,152 women are raped each day- that equates to 48 each hour. The majority of these rapes occur near the mines as a means to show control by those running the mines, and to instill fear in the residents to gain submission. 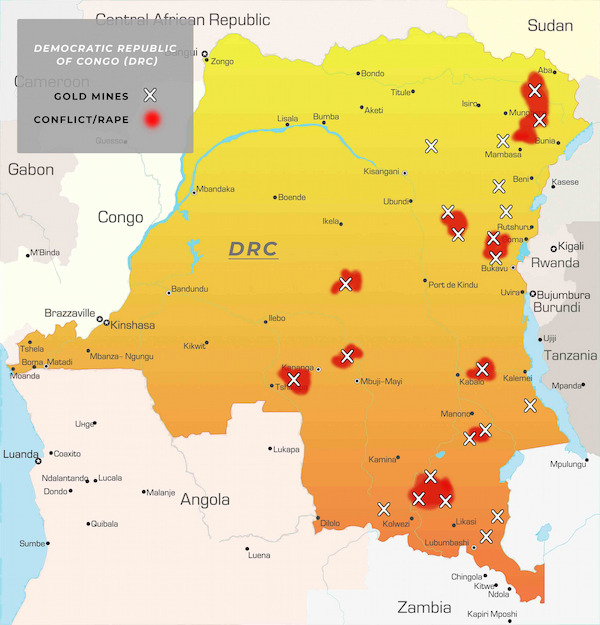 The only way to be certain your gorgeous ring is 100% conflict-free and not a blood diamond is to go Lab Grown. When you go with a Lab Grown Diamond you get a gem that is optically, physically, and chemically identical to the ones mined from the earth. Wear jewelry that saves lives, not jewelry that fuels an outdated, harmful, and violent industry.

The Truth About the Kimberley Process Exposed

Many traditional jewelers claim total diamond origin transparency, some hiding behind the Kimberley Process. Here's what they don't tell you.
Trustpilot