In 2006, Leonardo DiCaprio made the term “Blood Diamonds” a household phrase. A lot has been done to address the issue of blood diamonds and conflict diamonds since then, but unfortunately, we still have a ways to go. The diamond trade is an 81 billion dollars industry with 65% of mined diamonds coming from Africa. Historically, the African diamond trade has been riddled with corruption and violence that many people think has subsided following the civil wars of the 1990s and early 2000s. While strides have been made to clean up the mined diamond industry, numerous examples exist where greed is still causing the exploitation of men, women and children. That is why it’s incredibly important for consumers to do their research and ask questions in order to find ethical jewelry, and not blindly trust the word of the jeweler.

Human Rights Watch recently reviewed the diamond sourcing practices of 13 of the largest jewelry and watchmakers. The report found that many companies do not know where their diamonds come from and do not do enough to ensure that human violations did not occur in the mining process. No company scored an “excellent” rating and only 1 company scored a “strong” rating. Eight of the companies score a rating of “weak”, “very weak” or “no score due to nondisclosure”. Here are just a few reasons why you must be diligent if you want truly ethical jewelry. 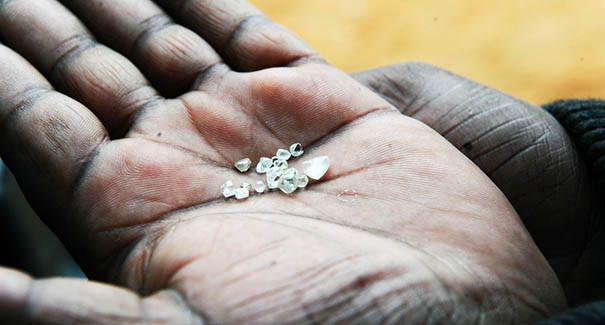 One of the main outcomes of the social outcry against conflict diamonds was the Kimberley Process Scheme (KPS), which was established in 2003. The purpose of the KPS is to reduce “the flow of conflict diamonds - ‘rough diamonds used to finance wars against governments.’” The main problem with the KPS is the narrow definition of a conflict diamond. It merely aims to end revenue from diamonds going to rebel groups. However, it does nothing to address corrupt governments, state-sponsored militias, or the unethical treatment of people in the mining process. This means someone still could have been enslaved, tortured, raped, beaten, or killed to mine that diamond and it is marketed as a conflict free diamond because it didn’t directly fund a rebel war.

Some African officials equate diamond mining and the Kimberley process to slavery. They urge people to acknowledge the colonialism and oppression of the African miners by European mine owners. Penny Hess, Chairperson of the African People’s Solidarity Committee said, “Kimberley is nothing more than an attempt to conserve the diamond trade, which is unethical at its core. It merely qualifies the operation of a genocidal industry which helps to maintain the specter of European colonialism in Africa.” The article points to De Beer's who “have exploited the Kimberley mechanism as a way of preserving the longevity of the diamond trade, despite a myriad of human rights concerns.”

At MiaDonna, we define a conflict diamond as any diamond that negatively impacts humanity or the environment. 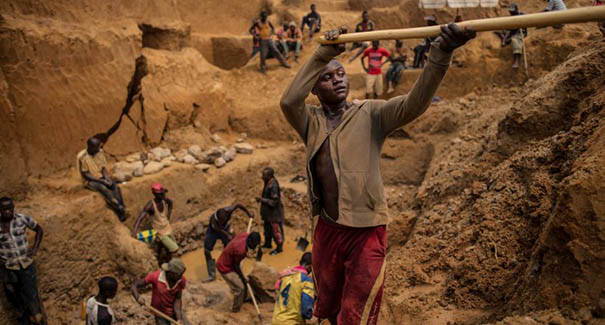 Another issue with the KPS is that a certification does not apply to a specific diamond, but rather a group of diamonds. Smuggled conflict diamonds can be easily mixed with other mined diamonds and then certified as conflict-free. This is common practice when it comes to the Central African Republic (CAR). In 2013, diamonds from CAR were banned under the Kimberley Process. Despite these sanctions, it’s estimated that upwards of 24 million dollars of diamonds have been smuggled out of CAR. A Reuters article from February of this year said, “Current restrictions have not affected CAR’s total output of diamonds, instead it has increased the amount of diamonds sold illegally and generating profits for middlemen rather than local communities.”

Last fall, the United States government recognized issues with conflict diamonds and minerals and banned the importing of diamonds from Marange, Zimbabwe because they were “produced, in whole or in part, using forced labor.”

It’s well documented that people living near the mines have faced forced labor, torture and other humanitarian abuses. Prior to 2016, there were several mining companies operating in the Marange Mines. All but one of those companies has been forced out by the country’s president and now only Zimbabwe Consolidated Diamond Company, which is owned by the government, is mining in the area. The authorities have declared the area a “protected area” and visitors must get special permission to enter. Anyone caught without their documentation proving residency is arrested and anyone who is presumed to be illegally mining in the area is captured and tortured or killed, often with dogs trained to maul.

To make way for the mines, more than 1,000 families were forcefully removed from their homes and relocated to a government-owned farm about 25 miles north. They were promised homes, healthcare, shops and education. In reality, the families that did get homes now find them crumbling and the villagers often go hungry due to a lack of food. They are still waiting for the promised healthcare and schools to materialize.

Keep in mind, up until the ban that took effect in October 2019, the diamonds from Marange were certified conflict free because they were not being used to fund a rebel war. The KPS does not consider humanitarian abuses or funding corrupt governments during wars, only rebel forces. 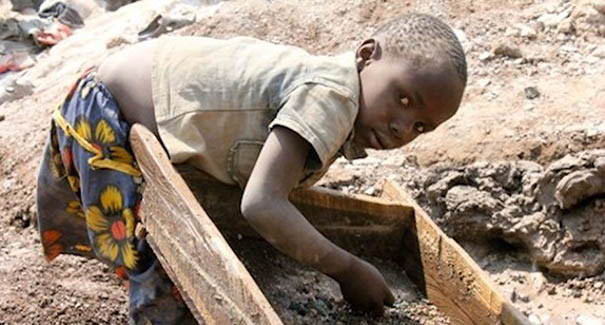 There are approximately 1.5 million artisanal miners, or small scale miners not employed by a mining company, that account for 20% of the mined diamonds. These miners are not regulated and are often responsible for environmental, health, and human rights abuses. These diamonds are also easily mixed into “clean” diamonds despite the lack of oversight.

Countries like Zimbabwe are notorious for killing, raping, and maiming hundreds of artisanal miners. Besides the institutionalized violence, artisanal miners are also at a greater risk of injury or death because they lack equipment and safety regulations. One reporter followed a group of artisanal miners in the Democratic Republic of the Congo who were mining for diamonds in the River Kwango. They used handmade, stitched together wetsuits and old house pipes as a way to get air to the divers. In many countries, children can be seen in the mines trying to earn money for their families instead of being in school. It’s a vicious cycle that is extremely difficult to break out of. Unfortunately, the big pay off artisanal miners are looking for is a fraction of the value of the diamonds they find. A 1.0ct diamond will only get the miner about 100 dollars. Artisanal Miners may go months without finding even the smallest diamond.

The environment also suffers at the hands of artisanal miners. Since they are not regulated, oftentimes they use chemicals such as Mercury to extract the Kimberlite and rough diamonds which then seeps into the groundwater and soil. 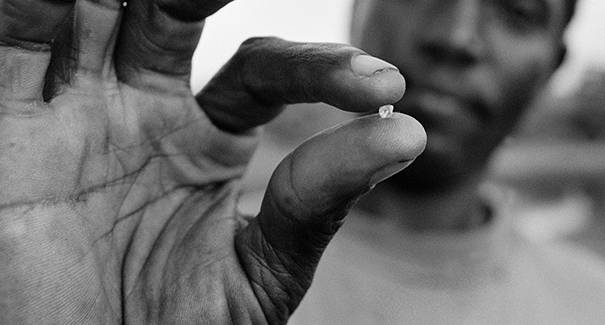 
Russia's Involvement in the Diamond Industry

Russia is making news in the diamond industry for two reasons: its relationship with mining in the Central African Republic (CAR) and its attempt to lift a Kimberley Process sanction preventing the sale of diamonds from CAR. Russia is working hard to establish roots in Africa, with a particular interest in CAR. This relationship is being managed by Yevgeny Prigozhin, a Putin administrator (who used to be Putin’s chef) and who has mercenary ties. CNN reported “Prigozhin’s conglomerate includes a company called Lobaye Invest that funds the radio station in the Central African Republic (CAR). It also finances the training of army recruits in the CAR by some 250 Russian mercenaries, with more on the way. The dividend for Lobaye Invest: generous concessions to explore for diamonds and gold in a country rich in mineral wealth.” The United States has had its eye on Prigozhin for a while and indicted him for funding Russia’s involvement in the 2016 presidential election.

The diamonds Russia is after are currently illegal to sell based on sanctions from the Kimberley Process that were issued in 2013. Russia becomes the rotating chair of the Kimberley Process this year. Their plan is to bring a vote to remove the CAR restrictions. They have already successfully moved to have diamonds KPS certified that are mined from “Green Zones” that are run by the government. So far 39,000 carats form the Green Zones have successfully been registered and sold. If Russia succeeds in removing all the sanctions, the value of the diamonds in the country will skyrocket. Thankfully, the U.S. and European Union have vowed to vote against lifting the embargo. 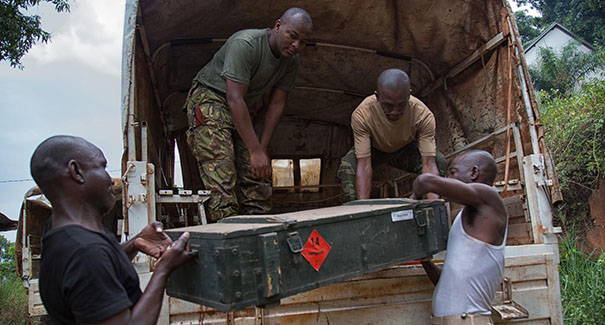 
What About Canadian Diamonds?

Many of the major diamond mining companies are labeling diamonds from Canada as conflict free. But we emphatically disagree. Diamond mining is incredibly damaging to the environment. De Beer’s Victor Mine in Ontario, Canada dried up and closed in 2019. Environmental watch groups have filed a lawsuit against De Beer’s, alleging they did not report on the mercury levels in 5 of the 9 water testing stations. They are also finding the introduction of calcium and many other toxic chemicals from the mining process had a major effect on all aquatic life and all sections of the food chain. On land, native animal populations, such as grizzly bears and caribou, have seen a decline in numbers since the mine was established.

The local tribe in the area is concerned about unemployment and maintaining the infrastructure now that De Beer’s has pulled out of the area. De Beer’s spent 5 million dollars a year to maintain an ice road during the winter season. The tribe can not afford to spend that amount of money and worries about future access to the community. 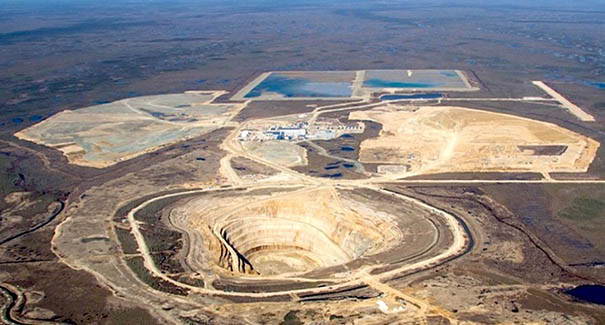 
What You Can Do

The most important thing you can do is research where to get a truly ethical jewelry. If conscious consumers demand that companies align with their values then maybe we can move the needle on the blood diamond trade. Be sure to ask how they certify their diamonds are conflict free (and don’t accept the Kimberley Process as an answer). Ask about the country of origin for the diamond, and remember that no diamond coming from the earth can be considered truly conflict free.

The Everyday Jewelry Gift Guide for 2022

Find the perfect piece of jewelry as a gift to yourself or others for any occasion. We've curated this list of beautiful jewelry to help you find just the right gift.
Trustpilot